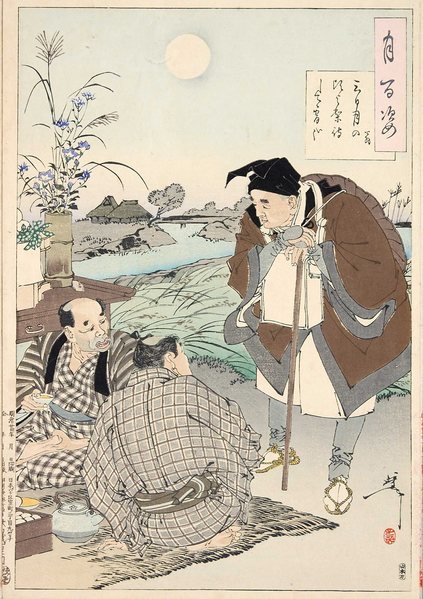 Serendipity! I’ve recently been re-reading Pattiann Rogers. Her poems are stuffed full of brilliant observations about the physical and metaphysical world. Penned by a gifted writer chock-a-block with scientific knowledge of the natural world, Rogers’ work has  a distinct kinship to haiku. But haiku it is not. This set me to thinking about what distinguishes haiku, what makes a writer, and what to do when someone claims to be a writer of a certain sort when they are actually not such a writer at all.

We can work backward here. A person who claims to have served in the military without actually having done so is rightfully guilty of stolen valor. Such a person ought to know better than to assume the merits of one who has worked and sacrificed for the preservation of his country, right? Is there a parallel for writers? Is there a “stolen” expression for someone who claims to be a poet but has never actually accomplished actual poetry?

Let’s get the pedantry out of the way first. Anyone who puts words onto a page is, in its narrowest definition, a writer. We are not all, however, writers of craft. (Shout out here to RightWingKnitJob. Definitely a gifted writer. I adore her haiku efforts in her recent post and will wait to see how she further develops there).

Consider it this way. My ex-husband could apply heat to food or combine substances to form things to eat. One could not call him a bad cook though, as that would have to call him a cook at all. A cook he was not. He could fashion sustenance in the same way children may hold crayons and fashion words on paper. Writers, they are not. Possible poets, but only in the accidental sense.

Yet there are those who call themselves writers (poets even) who will endlessly repost the same muck–-in hopes that repetition will suffice for the work, diligence, study, craft, concision, and conscience it takes to be a writer in more than the narrowest sense. There are even those who endlessly repost such work with what appears to be a desperate need for the shallow, fawning acknowledgement of the same four tired readers. **

I’ve pondered a word for that sort of thievery. I’ve yet to discover it but in researching examples of such thieves I came across yet another perfect example. I won’t post the thing here but suffice to say, it’s a piece that fits the narrowest definition of haiku and uses the term “friendly”. It stumbles around clutching at forced form and wants desperately for the adulation of an imprisoned audience who likely fears wrath if it doesn’t slather on false praise yet again. It’s hard to know for sure but it has those earmarks. While its clutching and stumbling may indeed reflect the typist’s needs, haiku it ain’t.

Haiku is a tough hill to climb. It seems simple. Just three little lines. Five, seven, five syllables. Rippling like pebbles. The alchemy is in melding the words to create a smoothly evocative whole that draws the reader to a mood. While it is reflective, it isn’t about oneself. It ripples outward instead of begging the reader to fawn over the writer. Haiku connect readers to a Zen universal which is why they are often about the natural world. Done well, they’re an extraordinary trick, though they be but little.

Negative examples often educate. The “friendly” haiku set me to thinking about Friendly’s restaurant. It’s a chain of the large-print, laminated menu sort, which my father loved. The salad bar always has chili. Old men meet there on Sundays for the breakfast buffet. Little kids get a free cookie, or ice cream, or apple. You know the type.

It occurred to me that the Friendly’s menu probably had far better natural haiku to be lifted wholesale (or nearly so) from its large-print menu than the thing I mentioned above.

Off I went to look.

And lo and behold!

French fries with gravy.
Soup of the day or chili
Hearty and home-cooked.

As my beloved departed Dad (who would never have stolen even haiku valor from anyone and who was secure in his abilities as an extraordinary writer) would have said, “even in adversity, look to learn.” This leaves me grateful for all poor fakes, who construct such poor haiku. If it weren’t for them, I wouldn’t have invented such a gleeful game: Haiku hunting in diner menus!

Who knows, maybe the word for stealing writing valor will appear in a laminated large print menu sometime soon.

One can always hope.

**It’s possible that this approach is indeed writing but not poetry. It’s advertising but it’s the bludgeoning method of advertising. You just wear people down until they pay you to stop.

View all posts by whatnot

6 thoughts on “Hot Dish on Haiku”