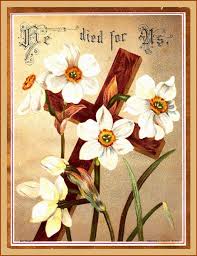 I learned, many years ago, that when a loved one dies, the twelve months following is a year of “firsts.”  My first birthday without at least a phone call from Dad.  The first Christmas without one of Michael’s slightly off-color cards (which he loved so much). The first Mother’s day without lunch or dinner at Eat ‘n Park, an establishment so beloved by Mr. Right’s mother that she’d eschew a meal at the finest restaurant  within a hundred miles, for their meatloaf and mashed potatoes, washed down with a root beer float. The first Halloween without Sam in charge of the pyrotechnics, every year putting on a fireworks show for the ages.

And this year, tomorrow will be my first Easter in over forty years without Mr. Right at my side.

I’m amusing myself today in construction work–far above my skill or experience level, but it’s coming along.  Framing walls, a small pantry, and a coat closet.  Once I’ve got it all sorted (another week, perhaps), then it will be time to call on my neighbor Dave, who’s going to do the drywall for me.  I can’t do that anymore; it’s too heavy and awkward, and I’ve always hated taping and plastering.  Dave’s been doing it for forty years (gosh, that’s a long time) and he loves it, and he’s good at it.  Thank you Lord.  And Dave.

Mr. Right and I built this house ourselves, staring in 1986.  We made a lot of mistakes.  About ten years ago, we started dismantling the house from the inside out, and fixing them.  Then Mr. Right got sick and things went into a holding pattern for several years.  And now, I’m going to finish the job.  It’s what I do.  Just as I try to learn from my mistakes, or at least, not repeat them too many times.   I’m generally disposed to be pleased with my efforts, when I know I’ve done my best. Because, really, what’s the alternative if you want to stay sane and at peace with yourself?

But that doesn’t mean I’m not occasionally a bit wistful or a bit sad.  And as I was working away this morning, I started (as usual) to grumble about the fact that I can’t count on a single surface in the house to be anything resembling level, no individual wall is plumb, and no corner, anywhere, is remotely square.

I like to think that, if nothing else, this gives the house character.

Long ago, I decided that the reaction I wanted from people I cared about who visited for the first time was more along the lines of “Oh, how charming!  You’ve restored an old barn,” rather than the equally common one which is, “Well, this is … unusual …” Over the years, though, I’ve learned to enjoy both reactions equally.  We can’t all be trailblazers, after all.  And there’s something to be said for a floor on which any object with a slightly rounded surface doesn’t immediately roll into the lowest corner in the room, and on which a floor lamp can actually stand vertically without wedges of varying sizes tucked underneath to stabilize it and stop it from falling over.

The outside of the house is about finished.  I’m doing some gardening, and getting a couple of new flower beds put in this Spring, and I’m coming into the home stretch (see what I did there) inside too.

But this morning I was feeling a bit sad, and thinking of one of Mr. Right’s favorite poems.  It’s called Love Song: I and Thou, by Alan Dugan, and it goes like this:

Nothing is plumb, level, or square:
the studs are bowed, the joists
are shaky by nature, no piece fits
any other piece without a gap
or pinch, and bent nails
dance all over the surfacing
like maggots. By Christ
I am no carpenter. I built
the roof for myself, the walls
for myself, the floors
for myself, and got
hung up in it myself. I
danced with a purple thumb
at this house-warming, drunk
with my prime whiskey: rage.
Oh I spat rage’s nails
into the frame-up of my work:
it held. It settled plumb,
level, solid, square and true
for that great moment. Then
it screamed and went on through,
skewing as wrong the other way.
God damned it. This is hell,
but I planned it. I sawed it,
I nailed it, and I
will live in it until it kills me.
I can nail my left palm
to the left-hand crosspiece but
I can’t do everything myself.
I need a hand to nail the right,
a help, a love, a you, a wife.

This is clearly an angry guy.  One who’s not generally pleased with his efforts, and who has come down on the side of rage and vituperation to deal with it.  I can’t even tell if he’s grateful for his helpmeet, or if he’s as angry with her as he seems to be with God and everything else that he thinks has screwed up his life.

But Mr. Right read the poem his way, and would recite it when he was particularly irate at a construction project that wasn’t going well; then he’d roar with laughter, give me a hug, and tell me that marrying me, and his children, were the best things that had ever happened to him.

And we were happy in the mess of our lives and the chaos of our house and farm.

I’ve done some daft things in my life, and made some silly, and sometimes regrettable mistakes in the sixty-six years of my life to this point. And I’ve tried to learn from them, or at least not repeat them too often.

But I’m quite sure that getting married wasn’t one of those mistakes.

Happy Easter to you and yours.  May the memories of your absent friends and loved ones comfort you, as mine do me as the seasons, the cycles, and the year moves forward.

3 thoughts on “Love Song: Thee and Me”